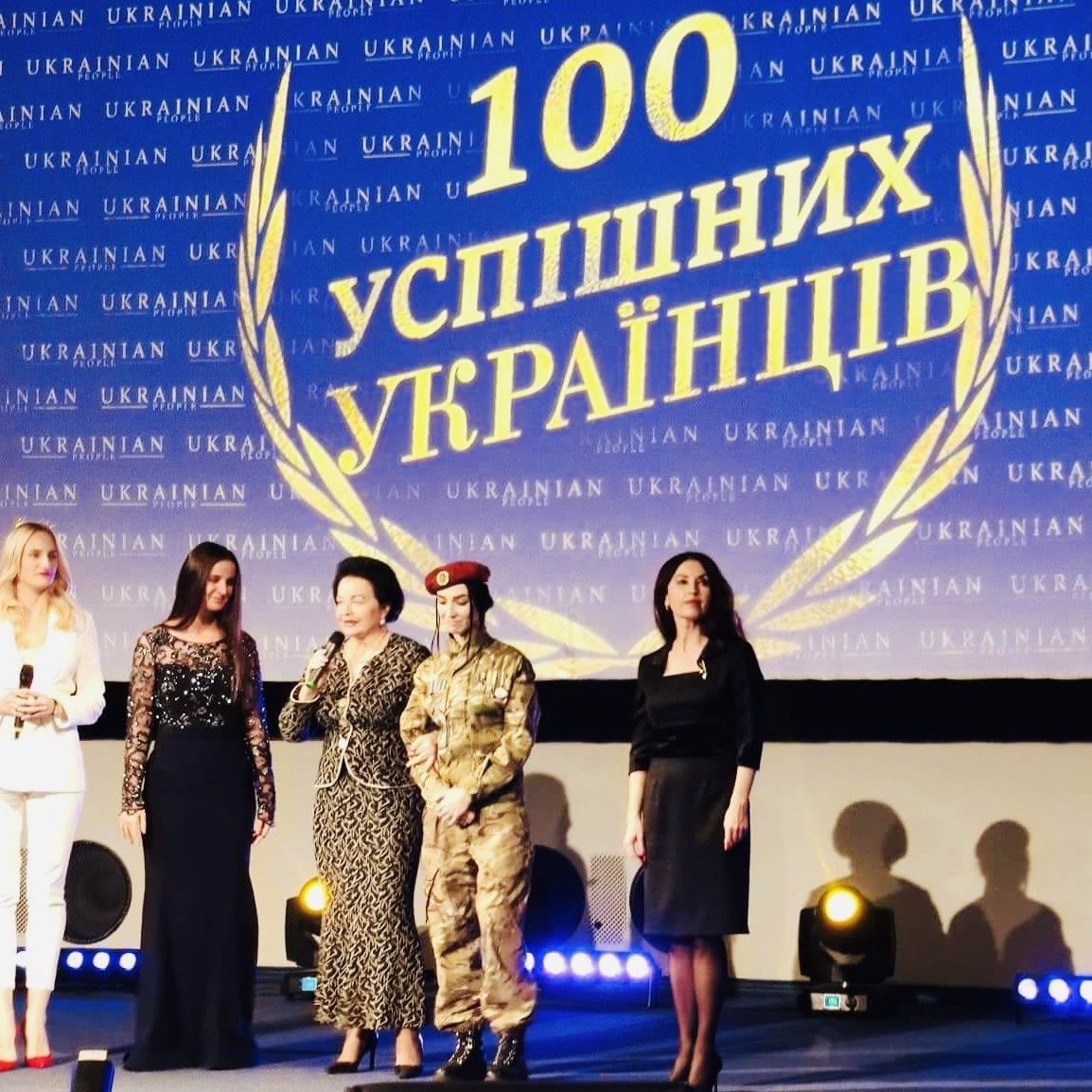 Inna Danchenko, the Director of the “KRAN” Charity Fund became a winner of this Award, nominated by the Ukrainian People Magazine. This Award is for those Ukrainians who have been daily changing Ukraine for the better by their tireless actions and deeds.

Since September, 2014 Inna has been devoting her time and efforts to restoring the health of gravely wounded Ukrainian warriors (the ATO combatants)- those, who have been diagnosed as
” hopeless”.
Finding resources, supporting morally those in need, changing attitudes and prompring the development & implementation of innovations in the Ukrainian medicine – such charity activity is run by the “KRAN” Fund for the Good of many people in Ukraine.

We are also proud to congratulate Olexandr Kulyk, PhD, The Merited Doctor of Ukraine, the Director of the “Nodus” clinic – the partner of the “KRAN” CF, with this Award for his distinguished charity activity on rehabilitation of severely injured defenders of Ukraine.