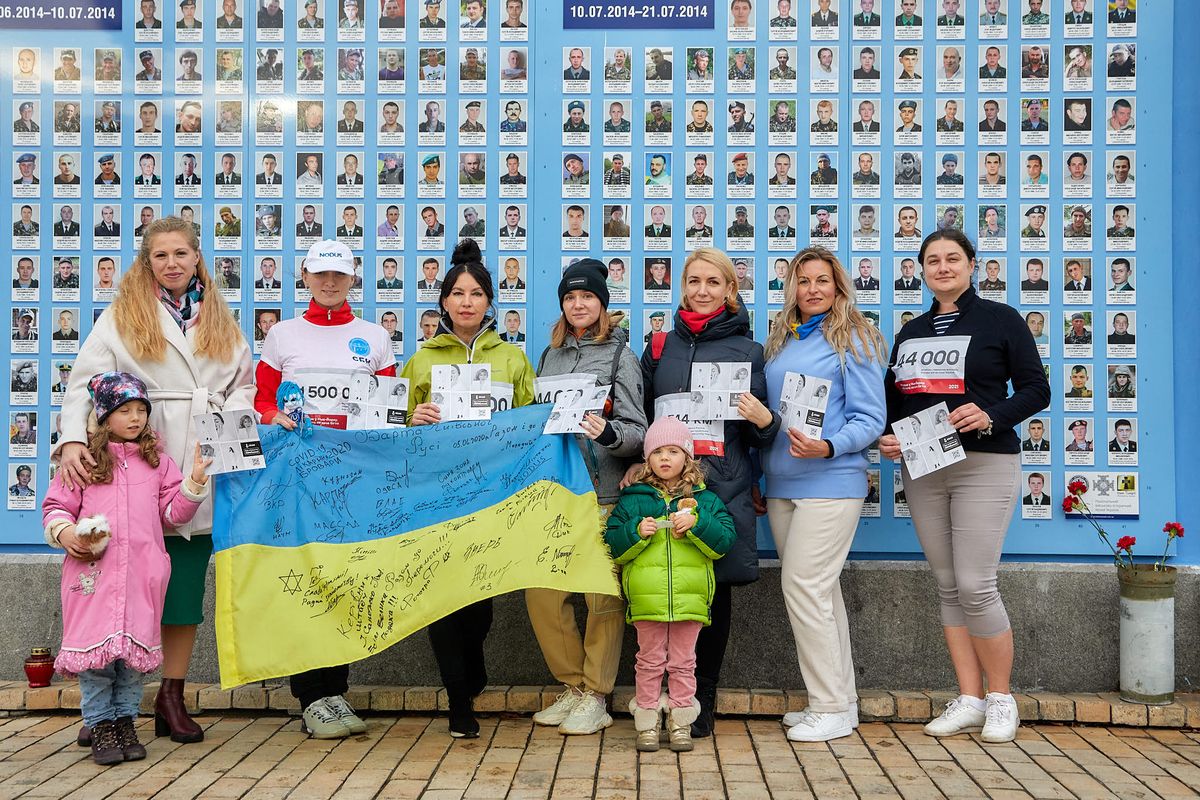 November 21, 2021 – The Day of Dignity and Freedom
#marathonnoonewantstorun

Today participants of the “Be Powerful at 300 W” charity project ran a “Marathon that no one wants to run”, initiated by Nova Poshta, under such numbers.

We ran to remind the whole world, and above all the Ukrainians, of the war in Ukraine, to support our warriors who are fighting in eastern Ukraine now, in memory of the fallen defenders of Ukraine, and to draw attention to the most severely wounded, those who need specialized medical care and rehabilitation.

This is what our charity project “Be Powerful at 300 W” is about. Our goal unites those who care about the fate of gravely wounded soldiers.

We have to raise 88,650 euros to pay for the G-EO System Evolution robotic device to restore walking to those fighters who are confined to a wheelchair after injuries.

TOGETHER we can do more!