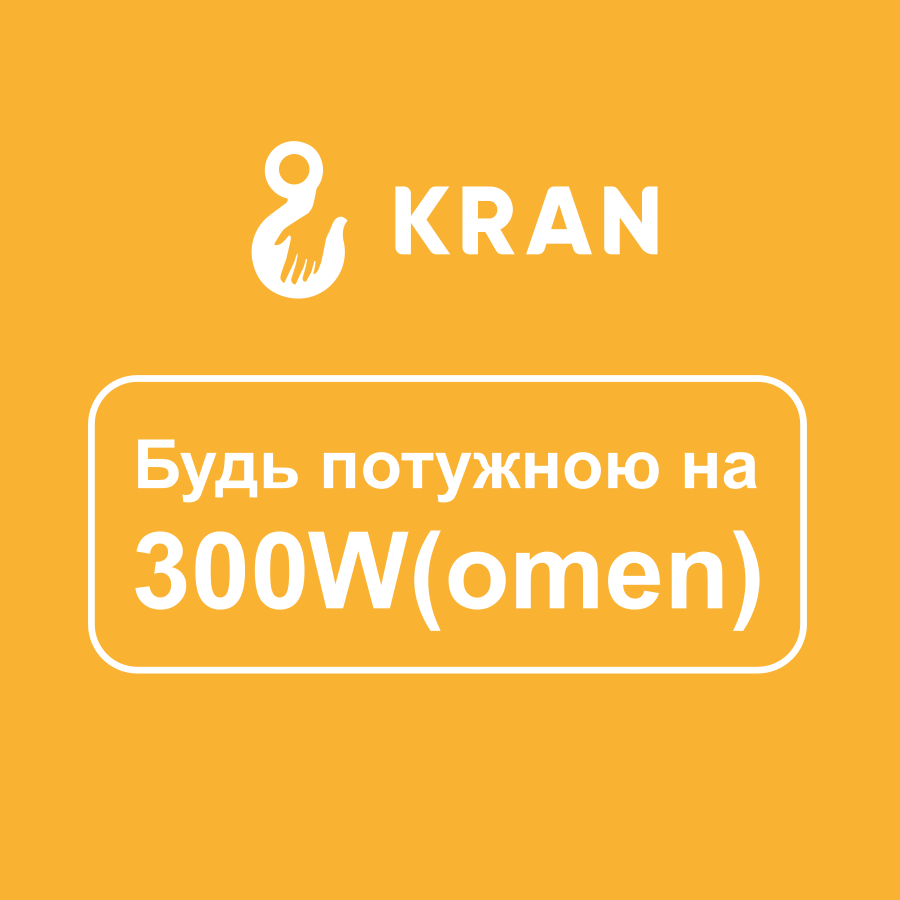 UKRAINIAN WOMEN for WARRIORS of UKRAINE:

”WE DO NOT BUY WHEELCHAIRS, WE RAISE THE GRAVERY INJURED TO THEIR FEET!”

Since the beginning of war in the East of Ukraine, more than 30 000 people have been severely wounded in hostilities. The number of seriously injured has drastically increased since the russian invasion on February 24,2022. During these horrible months of the terrorist war a lot of military and civilians were killed or wounded as a result of heavy missile shelling, bombing, mining … incessant fire wall by russians destroying military and civilian infrastructure all over Ukraine.

The warriors with central nervous system damage, who are in need of a specialized neuro rehabilitation, find themselves in a difficult situation.

Being aware of the necessity to help recover these brave men in Ukraine, on April 4, 2019 “KRAN” Charitable Fund launched a fundraising campaign to buy a GE-O System Evolution (Reha Technology, Switzerland) a robotic-assisted device to restore walking of severely wounded ATO veterans and military, who undergo treatment & rehabilitation in the framework of the “Nodus” charity project.

As long as 300 Ukrainian women were to be involved in this unusual charity initiative, the fundraising project is called “Be Powerful at 300 W(omen)!”

Our charity project is not just about buying a robotic device to restore natural walking, but about not being indifferent, about the value of those who returned from the hell of war.

The war is still going on, the number of wounded has been growing, wounds and injuries have become more dangerous and difficult to cure. But we do not give up and unite our efforts and guts to keep strong our frontline in the rear – in our hard fight for the health of brave Ukrainian defenders.

In this way we would like to show the potential of women’s solidarity with those mothers, wives, daughters, sisters, who support their gravely injured men, upon their return home from the battlefield. We are willing to help Ukrainian warriors raise from a wheelchair and get back to active social life.

Initially there were 3 of us, now there are 88 women in Ukraine and abroad (Poland, Austria, Switzerland, Canada) and 11 companies that made their donations and turned the Dream of many severely injured defenders of Ukraine – to raise and get rid of a wheelchair and restore walking.

In Ukraine, not abroad!

In view of the charitable purpose of the acquisition, the cost of GE-O System Evolution i 288 000 Eur.

On February 18, 2021, the G-EO System Evolution robotic device was launched at “Nodus”!

Olexandr Olenchuk, a 26-year-old ATO veteran, who had been undergoing specialized rehabilitation for free in the framework Nodus Charitable Project since October 2016, became the first Soldier to get on this device from a wheel chair. An unforgettable moment! Get on your feet from the wheelchair and make a step and make another step forward… on his own feet again! Tears in his mother’s eyes. Tears of joy.

After the russian army brutal invasion of Ukraine in February 24, 2022 a lot of military and civilians who sustained injuries and traumas have started addressing to Nodus for treatment and specialized rehabilitation.

Among them there are those unable to walk.

The video shows a 31-year old paratrooper, who was wounded in March 2022 in Kherson region. In a battle he suffered a severe gunshot wound to his left leg with broken bones and a gunshot wound to his left shoulder. Now he is undergoing specialized rehabilitation to restore his natural walking. He is “training” with the GE-O System Evolution  gait restoring robotic device. He is doing this according to the tailored rehabilitation programme. It is gratis for military in the framework of the Nodus charity project.

Thanks to our efforts and the donations fundraised before the Ukrainian wounded military have this rehabilitation opportunity in Ukraine now.

We are able to do this Together! The device is already working at Nodus. Seriously injured soldiers are able to restore normal walking faster, thanks to an advanced technology in the hands of the talented, experienced medical team of NODUS – the partner clinic of “KRAN” Charitable Fund.

Now more than before we need YOUR support to pay for the device in full!

We are going forward with the fundraising!

JOIN & DONATE to the charitable project you will be proud of!

PLEASE DONATE following the bank details (for donations in EUR):

You can also donate in US dollars, Canadian dollars, Swiss francs (Please write us for further bank details to make this payment). The fundraising status will be regularly updated here and on the “Be powerful at 300 W(omen)!” Facebook page.