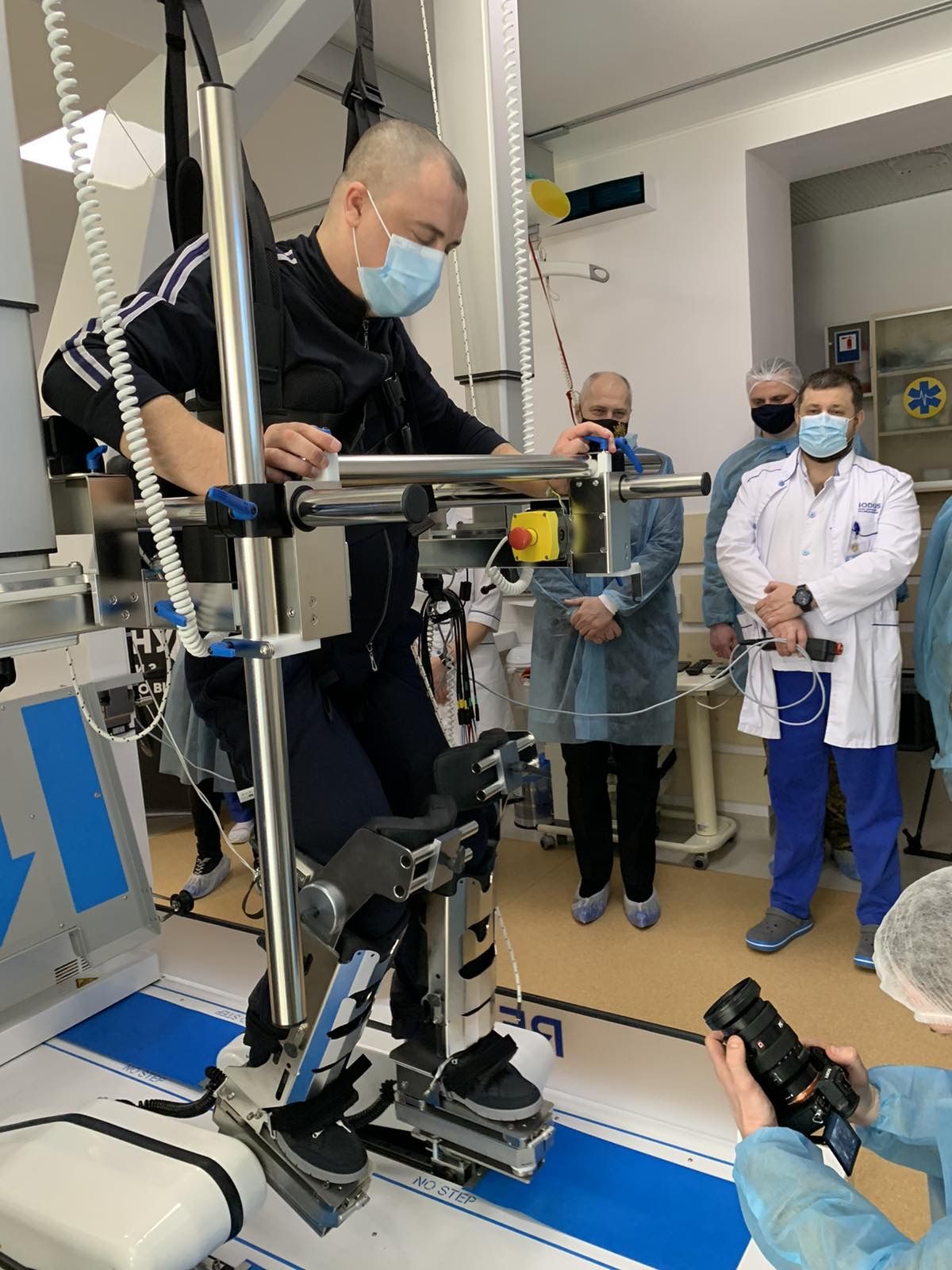 REHABILITATION of the ATO combatants with charitable support of socially responsible companies:
The cooperation of “Kran” Charitable Fund and Japan Tobacco International (JTI).

By May 4, 2021 73 women in Ukraine and abroad and 8 companies have donated to support “Be powerful at 300 W(omen)” charity project, implemented by “Kran” CF to purchase GEO System Evolution robotic gait rehabilitation device to restore walking of gravely injured defenders of Ukraine.

Japan Tobacco International (JTI) is one of the companies, that have made a valuable input, as a socially responsible business.

JTI made a generous donation of UAH 789 000 to help us pay for this rehabilitation device in full. On February 18, 2021 the first GEO System Evolution for neurorehabilitation was successfuly launched at “Nodus” Neurological & Neurosurgical Rehabilitation Research centre.

Olexandr Olenchuk, a 26 year old ATO veteran, was the first one to restore walking at GEO System Evolution. By February 18 he has been undergoing a specilaised treatment & tailored rehabilitation in the framework of Nodus Charitable project for four years. On that very special day Olexandr rose to his feet and walked for the First! time in 4 years. It became possible with such a cutting edge medical technology, experienced medics and donations of many people and companies.

At present three servicemen of the Ukrainian Armed Forces are undergoing gait rehabilitation with GEO System Evolution free of charge in the framework of Nodus Charitable project.

In such a way we THANK our brave warriors for defending our Ukraine.
We THANK all our reliable partners and JTI for supporting this great Cause – our Charitable project for the rehabilitation of ATO combatants.

WE DO INCREDIBLE TOGETHER!